Get yourself ready for Real Tank war fought between India & Pakistan in 1965, we bring you the most thrilling war games of 2018 with modern tank killer game and tank action game. Select your proud country and start tank battle with your enemy war machines. Simulate your tank in the war land destroy enemy check posts and shoot their tanks with heavy metal you are carrying in your war tanks. Become a real hero of this top action Real Tank War game in which most of the players are from India & Pakistan.
History of Pakistan India Tank War called as Battle of Chawinda
General Dunn, the commando of I Corps Indian Army was given assortment of Units. The Pakistani force expected to oppose the Indian thrust consisted of 15 Divisions. The aim to attack was to seize the key G.T road and capture Jassoran to cut off supply of the Pakistani line. Indian infantry seized the border area on 7 September this was followed by a short engagement at Jassoran in which Pakistan lost 10 tanks and ansured complete Indian domination of Sialkot Pasrur railway. Realising the threat the Pakistani rusted two regiments of their 6th armored division from chhamd to the Sialkot sector to support the Pakistani 7th infantry division there. 135 tanks containing Sherman took place in this tank battle. The indian resumed their attacks on 10 September with multiple corps sized assaults and succeeded in pushing the Pakistani forces back to their base at chawinda, where thye were stopped.
This battle has been described as one of the largest tank battles since World War II. The war was finally ended by United Nations. The war was not over in real means download the most action containing war game of 2018, Like India game play this one tank killer game, Real tank war is a true story behind two great nations India and Pakistan, Tank attacks are made very realistic in this tank shooter game. Modern tank wars 2018 has a very realistic Indo Pak border environment to give you the real feel of playing against your enemy with modern tanks. This tank war desert battle needs your attention to details of making war strategy and play as a tank simulator in real. Beautiful tank 3d models are added for both countries, select your country flag Pakistan or India and fight against your enemy in this PK India Real Tank War: Modern tank Wars 2018. When this real tank shooter game begins you will play as a rookie but when you complete battles if become hard to survive and to destroy enemy check posts and bases. The main objective of this game is to save your borders and destroy enemy battalions. You have to be unstoppable and clear the land before enemy tanks destroy yours. For clearing the battle you have to eliminate every last tank. Petrol tanks are places in the field you need to find them in case of fuel emergency. This real tank war machines game belongs to every Pakistani and Indian who wants to fight war as a tank warrior. You need to be very sharp and blast enemy tanks with bombs and heavy metal. Check your targets on the radar combat and destroy all enemy tanks and win the war. Kill all your enemies with deadly tank strikes with the breath taking action packed PK India real Tank war.
Features of PK India Real Tank War: Modern tank Wars 2018
• Best tank 3d Models added.
• Real battle sound effects.
• Best Tank shooter game.
• One of the best tank top games.
• Play your only tank simulator.
• Realistic 3D environment of tank battle.
• Amazing graphics.
• Hindi & English languages.
• Stunning 3D graphics.
• Free to play tank simulation. 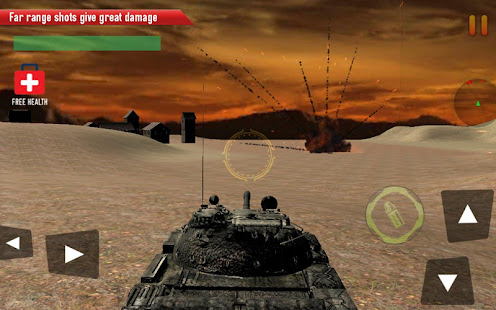 PK India Real Tank War: Modern Mod is 100% safe because the application was scanned by our Anti-Malware platform and no viruses were detected. The antivirus platform includes: AOL Active Virus Shield, avast!, AVG, Clam AntiVirus, etc. Our anti-malware engine filter applications and classifies them according to our parameters. Therefore, it is 100% safe to install PK India Real Tank War: Modern Mod APK on our site. 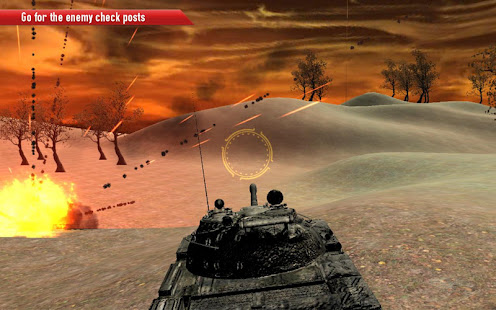