New take on Sniper FPS genre, with excellent quality weaponry and Offline storyline.
The time has come to take action and strike back!
The members of the Black Bell Organization have come together to establish justice! They need your help in this righteous path.

Step onto the battlefield with fury and answer the call
This is a game that raised the bar for first-person shooter games with its great graphics, high-powered guns, intense tactics, hardcore action and massive gun customization options.

Fulfill your duty as Black Bell Organization's hitman in the thrilling campaign as you shoot your way through one dire situation after another to save the world.

While fighting a large and powerful company, search for many clues to find many secrets and engage in a world-saving story

This is no ordinary gun game. You'll use your 3D snipe shooting game skills to strike against soldiers, vehicles & more!

Certainly many have not heard the name of the secret organization of the Black Bell. The members of this organization have always sought justice. especially Now that a powerful company is plotting Evil and planning to do unjust, they decided to get together again and Fight back.

Customize and level up more than 20 unique Weapons Including:
Submachine guns, Shotguns, Handguns, Snipers, Machine guns, and many of your favorite guns like Scar H, M4, Mp7, Desert Eagle...

Choose your perks and make different decisions based on your need


This is not a simple gun or war game. In this game, you are going to have a special mission, go to war with the enemy with different weapons, and have a different experience in the gun game.


You need about one Gigabyte of free space to run the game. Of course, the volume of downloads you make is much, much less than this, but we guarantee that this gun game is worth it!


During the game, you have to gain more shooting experience to be able to complete missions well. People at the Black Bell are waiting for you and counting the moments to join their team. If you want to be the protagonist of a compelling story, do not waste time, take up arms and get ready to fight!
‍♀️‍♂️

Do not forget that you are the only one who can help the black bell to reach the goal it wants!

This app allows you to purchase virtual items within the app and may contain third-party advertisements that may redirect you to a third-party site. 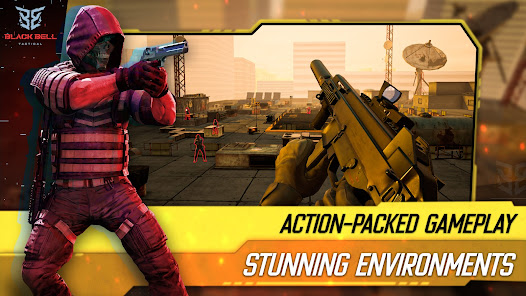 FPS Ops: BlackBell 3D Shooter Mod is 100% safe because the application was scanned by our Anti-Malware platform and no viruses were detected. The antivirus platform includes: AOL Active Virus Shield, avast!, AVG, Clam AntiVirus, etc. Our anti-malware engine filter applications and classifies them according to our parameters. Therefore, it is 100% safe to install FPS Ops: BlackBell 3D Shooter Mod APK on our site. 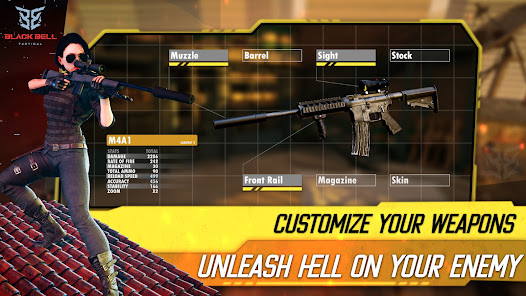